Photos from the Symposium—

The Symposium, on 13 February 2013, was followed by a networking reception. All the details about the event are at the bottom of the page.

After almost two decades, globalization is a phenomenon that is now rapidly changing the landscape of competition and collaboration among universities around the world. This in part reflects the recruiting patterns of businesses and industries that are seeking the more and more of the best and brightest from around the world, regardless of the company’s country of origin and regardless of the students’ nationality.

This symposium addressed the challenges and opportunities for Japanese universities and ASEAN universities in collaborating with Japanese businesses to establish a unique network of human resource development that might combine the growing collaborative ties between Osaka University and ASEAN universities in education and research with Japanese companies’ global recruitment strategy. In the course of the symposium, the speakers from Osaka University, ASEAN universities and Japanese businesses each identified their practical challenges (needs) and endeavours to address them in the effort to share information, identify common ground and areas of cooperation that would optimizes the resources available to each party to lay down the foundation for a network for sustainable human resource development.

The speakers from Osaka University, ASEAN universities and Japanese businesses were asked to consider the following questions from their institutional perspective:

a) What is the role of universities today and what is expected of them?
b) What kind of education and skills are required in today’s world? (or, more specifically, in Japan’s business and industries today?)
c) What is the advantage of double degree programmes between Japan and ASEAN universities?
d) What are the needs of your organisation (universities and companies) in terms of education, research and human resource development and how are you obtaining them? (internships, training programmes and degree programmes, scholarships, research funding, etc.)
e) What do you most expect (in terms of cooperation and collaboration) from the others?

There were three sessions with a panel discussion at the end. There were two or three speakers each from Osaka University, ASEAN universities and Japanese businesses.

The idea for this career fair emerged as part of the Osaka School of International Public Policy (OSIPP), Osaka University’s student exchange programme under the aegis of “Reinventing Japan” to strengthen Japan’s international student exchange activities that foster better relations between Asian countries). At the time, there was a need for Japanese universities to provide better exit strategies for overseas students studying in Japan or travelled to Japan as exchange students, and OSIPP sought to connect to the need of Japanese companies to recruit more internationally-minded talents in order to ensure successful adjustment to an increasingly globalized operating environment and to sustain their global competitiveness. 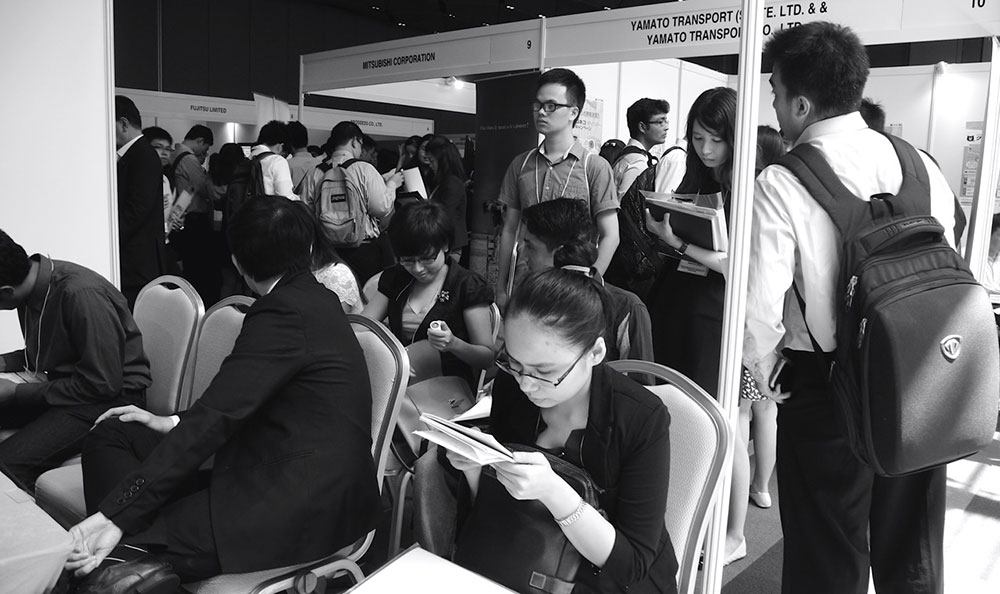 The 2014 ASEAN CAREER FAIR with Japan

Launched as an official 40th Anniversary of ASEAN–Japan Friendship and Cooperation and the “Reinventing Japan” (Type A-II, Osaka University) in 2013, the 3rd ASEAN Career Fair with Japan is promoted by:

With the aid of participating universities and organizations that include: 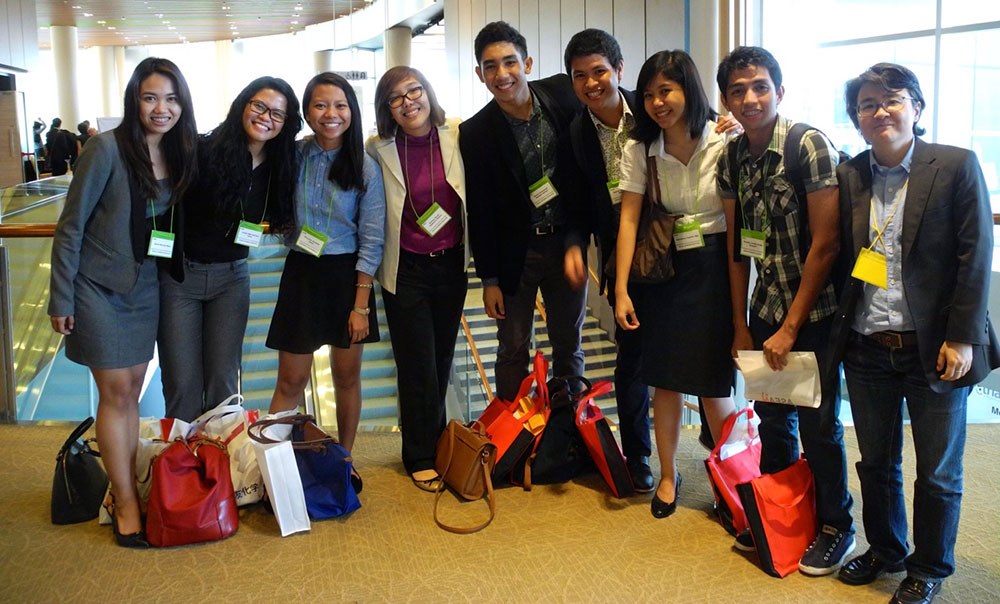 Students from Ateneo de Manila University, the Philippines with Prof. Satoh from Osaka University (far right) at the 2014 ASEAN CAREER FAIR with Japan.

View all posts by nickopot →
Scholarships in Japan: Inspirational Stories from Indonesia