Tell us something about you. Where are you from, what is your background?

I was born in Bacolod, a city in the Visayas region of the Philippines. Our region is known as the “Sugar Bowl of the Philippines” due to the fact that our main local industry is sugar production. I grew up seeing vast sugarcane fields and living a relatively slow-paced childhood. Summers were also great since many of the neighboring islands are popular tourist destination because of their wonderful beaches, showcasing all types of sands and waves. Tropical fruit is also bountiful, available all year round, and very cheap.

Compared to Japan, however, the Philippines is definitely less technologically developed, so we still struggle with many “developmental” issues such as slow and intermittent wireless communication, dispersed documentation due to lack of digitalization, and many other things. I believe that these and many other things can be solved through scientific and technological advancements.

From a young age I’ve always been very curious about discovering the mechanisms governing the things around me. I loved taking things apart just to see how they worked, and on some occasions I’d even be able to put them back together. It was only natural that later on I would be so attracted to science. I took up computer science because I believed I could use it as a catalyst towards any of the other scientific fields.

What about your academic interests?

My undergraduate years were spent at De La Salle University, Manila, where I attained my Bachelor`s degree in Computer Science with specialization in Software Technology.

After graduation, I heard about the FrontierLab@OsakaU Program, and grabbed the chance to visit and study for a short period in Japan. In preparation for this, I decided to work as a research assistant at my home university. While there my laboratory professor introduced me to affective computing, a merger of psychology and computer science.

After less than a year, I was accepted on the Osaka University program and spent six months as an exchange research student at the Numao Lab at Osaka University. This was the first time that I visited Japan so it was both a daunting and yet enjoyable experience. It was also the time that I was able to immerse myself in research about social signal processing, a branch of affective computing focusing on external detectable signals. I also got to spend some time off to visit nearby tourist destinations and take in the local culture. 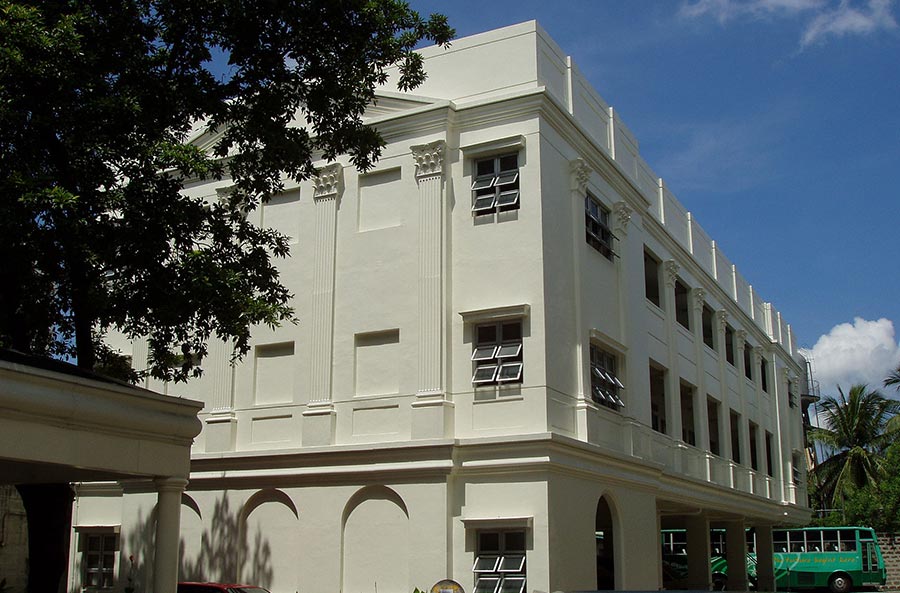 Say something about your current study and future plans

Although I haven’t decided on a final research problem, I’m currently exploring ways to use affective computing in clinical psychology. Specifically, I want to develop ways to diagnose and later on to help treat debilitating psychological and mental disorders such as depression and autism.

My hope is that given a new set of tools, we may be able to help patients without resorting to invasive tests and drugs. Or at the very least, we can expand the reach of clinics to the home while reducing the burden on doctors by leaving exhausting yet relatively trivial tasks to the computer.

In the future, I hope that I can extend my work towards therapeutic treatment. I want to develop systems that can perform early diagnosis of mental illnesses like depression and provide live tracking and feedback to aid in the quick recovery of patients. I also foresee a system that aids in therapeutic recovery through behavior tracking and modification through verbal feedback and external actuators. I want it to be a full suite with modules that can be installed in clinics, at home, and on mobile devices. In the distant future, I also want to be able to work on empathic robots and environments. 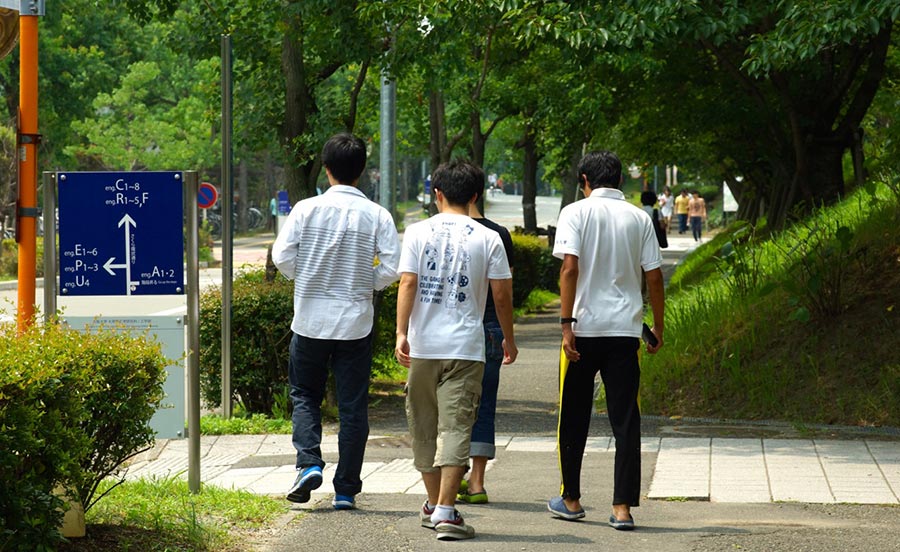 Could you tell us about your experience at Osaka University? How about the lifestyle in Japan?

Since I was basically returning to Japan after four years, it was a less intimidating experience than before. Relearning transportation was a lot easier since I was already familiar with commuting in Osaka. Thankfully, the trains and buses are still as convenient as I remember.

Application processes for the university were also a lot easier since there were instructions in English and the laboratory secretaries were always there to lend their help.

On the other hand, I still had some difficulties with necessary processes that weren’t university related. Applying for basic necessities such as bank account, mobile phone, and housing was still a challenge due to my limited grasp of Japanese. Most of the time I needed to rely on old friends from my previous stay and the helpful people from my laboratory. Thankfully, one of the wonderful things about Japan is that there are always helpful people around to try to explain things, even when at times we had to resort to sign language. 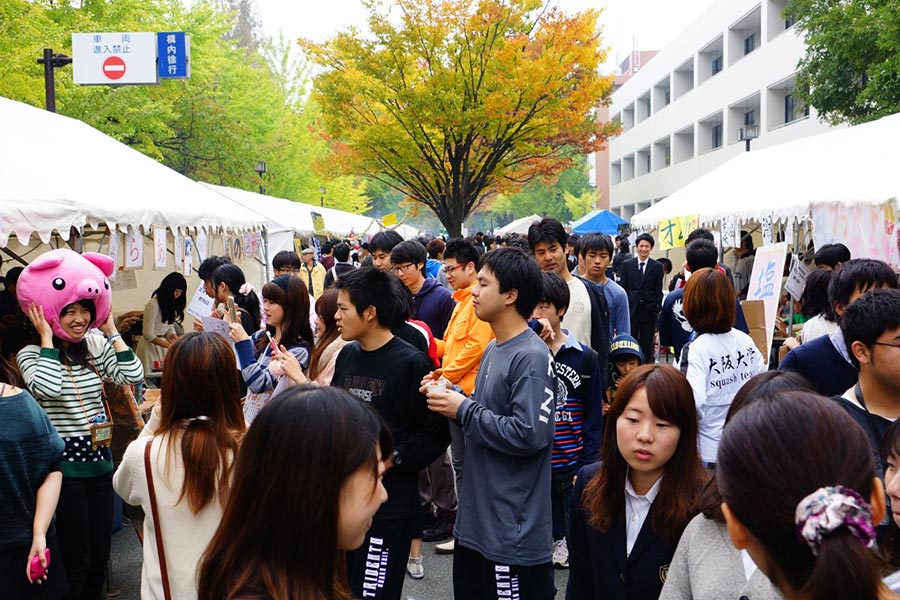 The Machikane Festival (sometimes referred to as the “Autumn Festival”) at Osaka University’s
Toyonaka campus.

As far as school is concerned, I am truly thankful that the Graduate School of Science and Technology is pushing for more classes taught in English because otherwise I probably wouldn’t understand any of the lessons. Many of the classes are taught in English, and I notice that many of the professors are actually very fluent while speaking the language. Although on some occasions, classes are still taught in Japanese to make the transition easier for the Japanese students. In those cases, at the very least the slides are in English and contain enough illustrations to make the topic understandable. Then on those rare occasions where classes are all in Japanese, I’m thankful that I have friends (Japanese and foreign) who are able to help me with those. 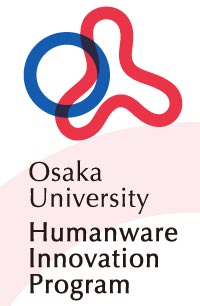 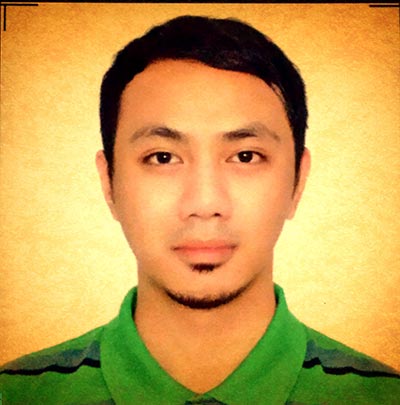 Enzo is a student on Osaka University’s Humanware Innovation Program.

Find out more about the program here: http://www.humanware.osaka-u.ac.jp/en/